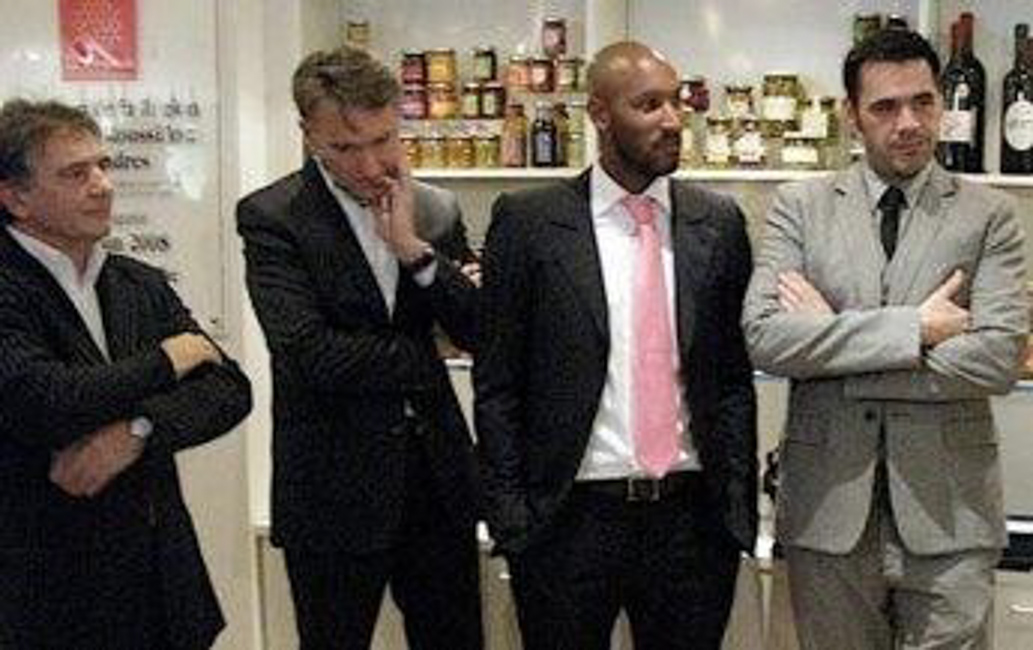 The « Français of the Year » Awards 2009: Chelsea meets Liberty, Oxford and Hollywood

For its third consecutive year, the Frog Valley of London (which has become, according to the British press, « the 6th French city ») has chosen its champions. Footballer Nicolas Anelka, Fashion designer Roland Mouret, Liberty’s CEO Geoffroy de la Bourdonnaye and chef Raymond Blanc were elected « Français of the Year 2009», in a competition that reflects the vitality of the 350,000-strong French community in the worlds of sports, arts, business and gastronomy.

An impressive array of talents was assembled on Thursday 17th December at the Maison du Languedoc-Roussillon, in Marylebone, to receive their awards from the French Ambassador, Maurice Gourdault-Montagne, for the third edition of the « Français of the Year » competition, in which 4,000 London-based Frenchmen elected their favourite candidates.

Nicolas Anelka (30), the Chelsea and French football team star, and this year’s Barclays Golden Boot (with no less than 19 goals), was elected “Sportsman of the year” -a title held last year by Arsenal manager Arsène Wenger- and expressed upon receiving his trophy his gratitude “to all those who voted for me” as well as his “hope to continue entertaining them both with the Blues and the Bleus.”

Geoffroy de la Bourdonnaye (52), CEO of Liberty since December 2008, earned the title of « Businessman of the year », as well as widespread praises in the fashion world for having rebranded the London’s department store from a slightly dusty shop into one of the most avant-garde and fashionable British brands, in a way quite similar to what Americans Rose-Marie Bravo and Angela Arendts previously achieved with Burberry.

Roland Mouret (48), undoubtedly one of the most talented trendsetter around (with his Hollywood faithful customers including Scarlett Johansson, Cameron Diaz, Nicole Kidman and Demi Moore) was chosen as the « Artist of the year », following in the steps of bestselling author Marc Lévy and James Bond and Cracks actress Eva Green. Earlier this year, in a very Entente Cordiale move, the friendly Frenchman from Lourdes, who told Chic-Londres that he recently left London to settle in Norforlk, had also been named “British Designer of the Year” at the Elle Style Awards.

At last, Raymond Blanc (60), holder of two Michelin stars, owner of luxury hotel Manoir des Quat’ Saisons near Oxford, BBC celebrity presenter, founder of the chain of bakeries and patisseries Maison Blanc and of the chain of restaurants Brasserie Blanc, as well as a prolific cook books writer (and a passionate defender of his French roots as well as of his British adopted land), was named « Chef of the year », a title won last year by The Connaught superstar Hélène Darroze.

Worth noting, however, that contrary to previous years, no banker was elected this time round: a sure sign of the current popularity held by the former “Masters of the Universe” of the City, which counts around 50,000 French workers… As for the rest, those 2009 awards prove that, despite the recession and gloomy forecasts of massive Eurostar one-way returns to Paris, the London Froggies are still going strong.