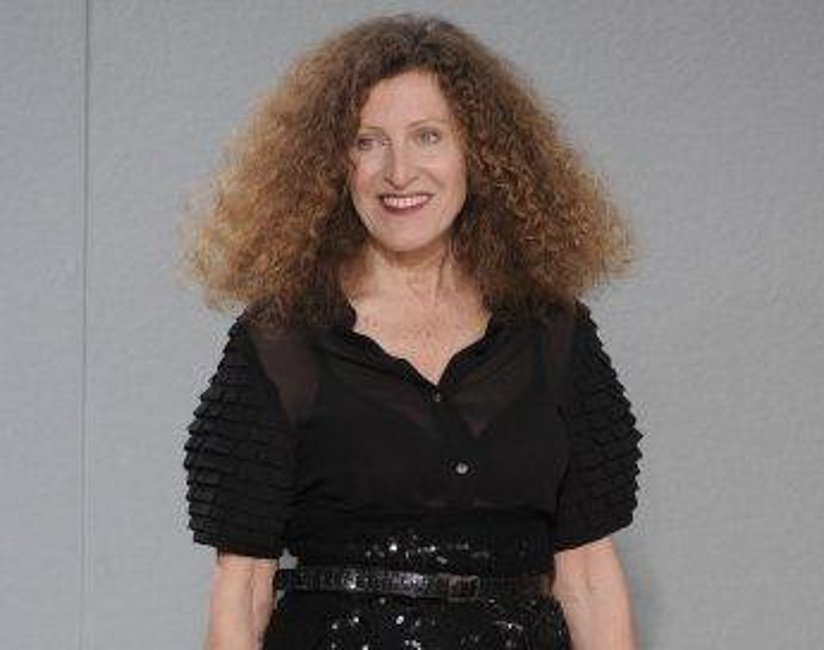 The famous French designer was born in Nice in 1946 in a Turkish immigrant family. She studied Fashion in Paris before moving to London in 1970, where she launched French Connection in 1972 with then partner Stephen Marks (with whom she has a daughter, Candice), before launching her eponymous brand in 1982, which includes fashion as well as home and restaurants. She is married with play and screen writer Sir David Hare and was made a CBE by the Queen in 2007.

What is your first London memory and what was your initial impressions of the city?

I first came to London when I was 14, to study English in a Chelsea school, in the 60s. I spent all my free time walking down the Kings Road. I thought it was a particularly fun and colourful place, which I absolutely loved. I remember in particular the music that was coming from every shop, and how happy this made me feel. I knew then and there vthat I would be coming back to this place.

Where do you live and why?

I live in North London, near Hampstead Heath, where I go to walk my dog. I came here by chance, because I found a house which I liked. I also love the fact that this district looks like a small village, even though it is part of such a big city.

What do you miss most when not in London?

I don’t miss anything, apart from my family. The only city I ever really missed was Paris, which I still consider as “my city”. I still go there as often as possible…

How would you describe London in three words ?

What makes this city unique ?

The theatre and music are wonderful here. I also think that London is a lovely city. I like the fact that I can walk a lot here, and that there always seem to be some little pretty streets to be discovered.

If you could make a wish, what would it be ?

I would get rid of all the bumps in the roads. I have a vintage car which is very low and always end up having to change my plates.

What is your favourite area of London ?

Notting Hill, because I find its architecture particularly pretty, and because I think this is a very lively and joyful place, thanks notably to all its cafe terraces.

Where do you do your shopping?

I love 202, the shop and restaurant I opened on Westbourne Grove, because I like the idea of a place where one can eat and shop at the same time. I also really like Wild at Heart, the florist which is opposite 202, and Lidgate, because the meat there is wonderful. That said, generally speaking, I am not much of a shopper.

What is your favourite walk?

I love walking by Canal Union, especially the part of the canal which stretches between Camden and the East End : there are some very interesting houses around there.

I love going to St. John restaurant for some good meat and Scott’s for fish and sea food. Apart from that, I don’t go out that much, apart to the theatre, which I love, and therefore don’t have any favourite pub, bar or nightclub.

What is the best place to party in London?

I would say my home. I love organising dinner parties and have people enjoying themselves around the table. I usually invite eight to ten friends and cook them some hearty French meals, like stewed beef, blanquette of veal or a good roast chicken.

Where do you go to relax?

I read and watch films at home or go in the garden when the weather is nice.

What is your favourite London memory ?

The night I met my husband David, at the preview of a play he wrote and for which I designed the costumes. It was eighteen years ago and we are still very much in love…

To celebrate  its 10th Anniversary of homeware, Nicole Farhi Home is showcasing for the run up to Christmas its collection at an exclusive installation in Harrod’s Department Store,which includes a limited edition inspired from the fashion catwalk especially made for the department store.