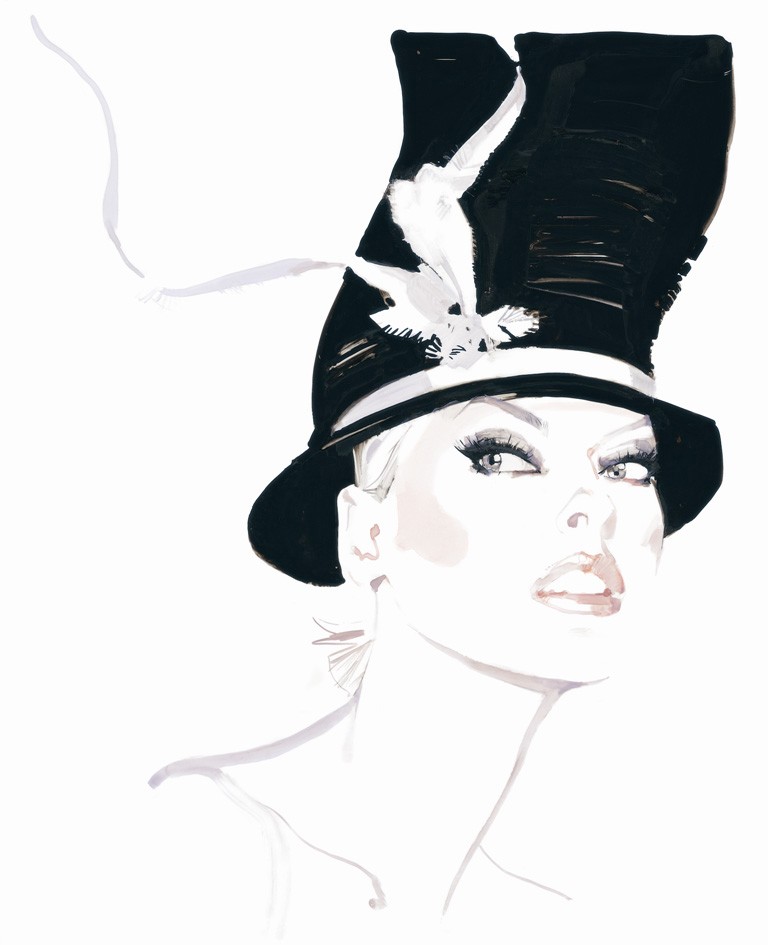 Best known for his classically elegant, yet contemporary, illustrations of style icons such as Catherine Deneuve, Kate Moss, Cate Blanchett and Dita von Teese -who have all modelled for him- David Downton (53) is undoubtedly the most sought after fashion illustrator in the world. Having worked for powerhouses such as Chanel, Christian Dior, Vogue or the V&A, he is also super chic Claridge’s hotel’s first artist in residence, with a mission to draw some of the Mayfair hotel’s most illustrious guests, including Dita von Teese, Christian Louboutin and Diane von Furstenberg. Here, the artist -whose work for Claridge’s will be exhibited from September 13 to 18 at the hotel’s bar Le Fumoir- talks to Chic-Londres about his favourite places in the British capital.

What is your earliest London memory and what were your first impressions of the city? I remember dragging my parents to Hamley’s around Christmas time in order to buy some figurines from the TV series The Thunderbirds. For a small child from the countryside, London appeared as a great metropolis, huge and busy.

What do you miss most when you are not here? The parks- you only realise how green London is when you go to other big cities, like New York. I also miss how forward thinking and eclectic Londoners are.

What do you think makes London special? I love the fact that London is made of small villages, which are all interconnected but all very individual and different from each other.

If you could make a wish, what you would change in London? I would get rid of the traffic. I hate gridlocks, which is why I walk whenever I can.

What are your favourite shops? I go to Dover Street Market to buy clothes and to the V&A gift shop for presents. I also love to browse the rooms at Liberty, because its buyers have got such a great editing eye. I love the design of the Apple store and regularly go to Magma Books, which is great for books and magazines. I also really enjoy Portobello Market, because I like to see how people display and present what they do.

What is your favourite place to walk? I love to walk through Green Park and past Buckingham Palace, as I think there is something magical about that place. 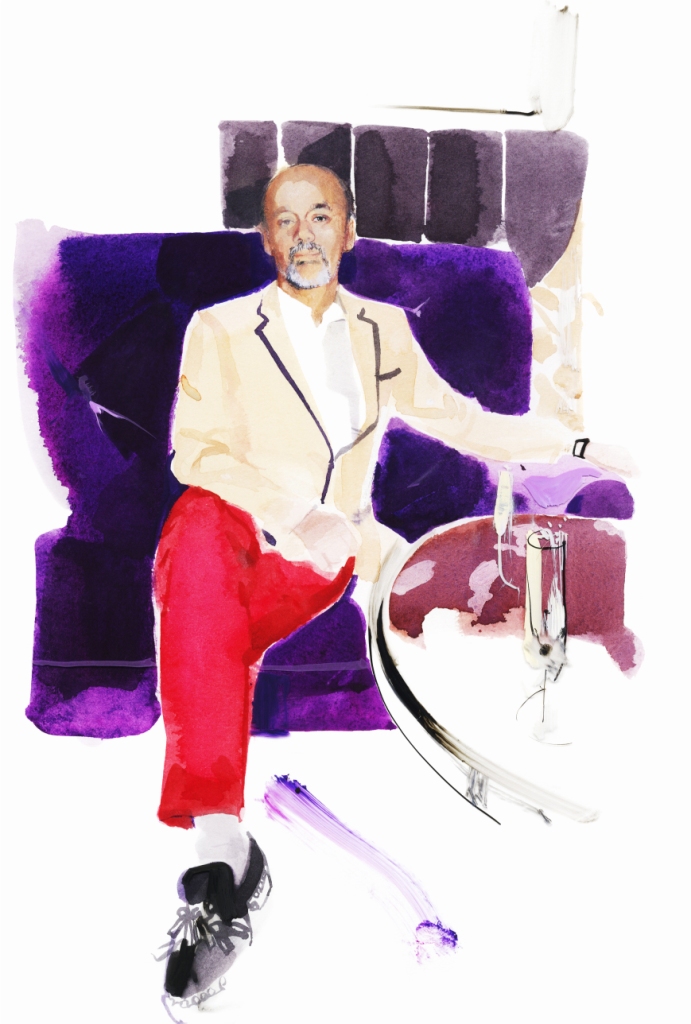 What are your favourite restaurants in London? The Wolseley is my favourite, as the atmosphere there is fantastic: there is always a sense of occasion and it is never dull. I also love the food at Yauatcha and Andrew Edmunds, because it is small and intimate and perfect to meet with friends. With my children, I go to Wahaca, which is their favourite place.

Which private clubs do you belong to (if any) and why? I don’t belong to a private club but if I did, it would have to be the Chelsea Arts Club, as I have so many friends who are members. It is timeless, and lots of fun: for me, it’s like being in arts school, surrounded by kindred spirits.

What is your most memorable night in London? The V&A Golden Age of Couture opening gala- it was one of those rare nights when everyone from the fashion industry was here, and the closest London ever got to the Met Ball in New York. Often, those red carpet events are impressive but not fun, but this one was really special, both formal and informal. Everybody was really having a good time and dancing, which is unusual.

What is London best kept secret? Sir John Soane’s Museum, which is is really underrated. 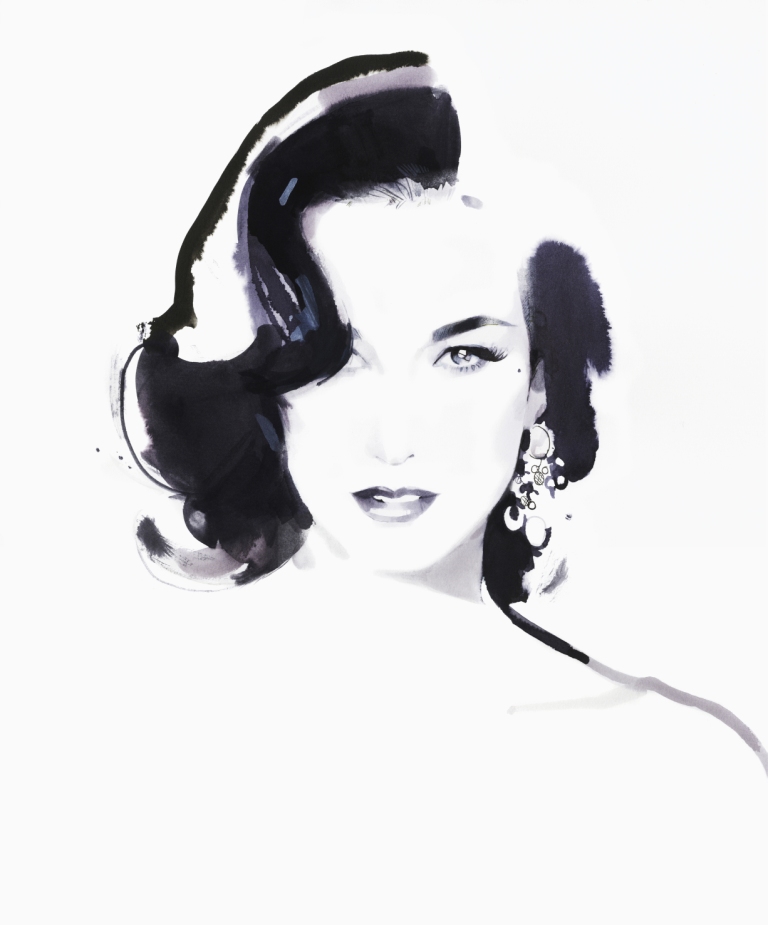 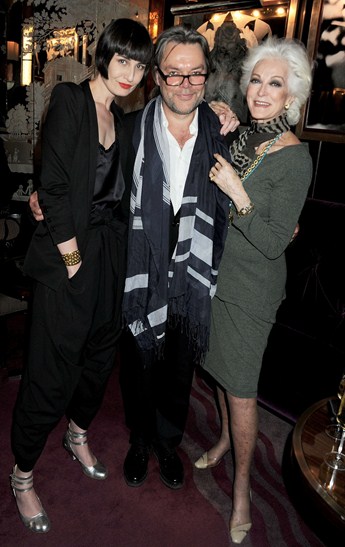